The Center for Jewish History has been awarded a $364,824 grant from the Council on Library and Information Resources for a three-year project titled “New York Neighbors: The Shared Jewish and Chinese Immigrant and Refugee Experience.”

In collaboration with the Center’s in-house partner, the American Jewish Historical Society, and project partner, the Museum of Chinese in America, the grant will showcase understudied intersections of the Jewish and Chinese immigrant and refugee experience in Manhattan’s Lower East Side and Chinatown neighborhoods. The project will consist of the digitization of six collections, followed by a digital exhibit and an academic conference.

“Jewish and Chinese communities have lived side by side for generations in New York City, but their stories have rarely been looked at side by side,” said Bernard Michael CEO and president at CJH, “We are excited to shine a new spotlight on the connections between their struggles and their successes in a new country.”

“Collaboration with CJH, an organization whose values align closely with MOCA’s, is a natural fit and exciting step forward in the Museum’s work to build bridges between communities,” said Nancy Yao Maasbach, president of MOCA. “There are deep connections between the living history of the Chinese and Jewish experiences in America. We are deeply grateful to CLIR for enabling us to digitally preserve this knowledge, and in turn enable others to explore and increase their understanding of the impact that exclusionary U.S. legislation has on American society.” 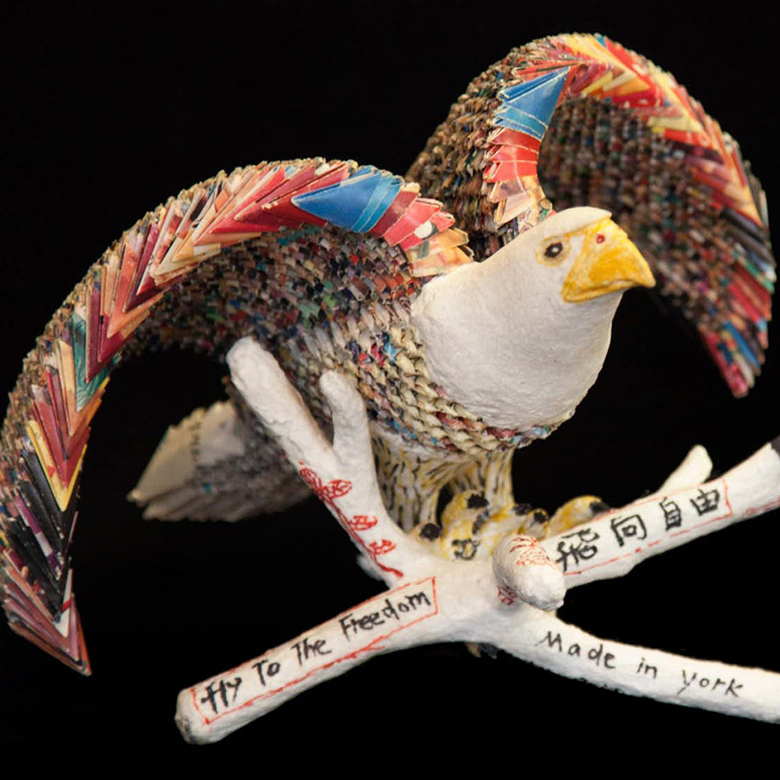 Materials were selected according to scholarly impact, condition and impact on the institution’s ability to provide access. Specifically, the Center will digitize materials from the archives of AJHS, including the records of the Hebrew Immigrant Aid Society, the records of the United Service for New Americans, and the papers of HIAS and USNA leader Cecilia Razovsky. The project team will also digitize the Fly to Freedom Collection of paper sculptures, created by Chinese asylum-seekers detained by U.S. immigration authorities, and two collections of Chinese-American newspapers held at MOCA.

“While the fields of American Jewish history and Chinese American history are well established, rarely are the stories analyzed in concert,” said Dr. Annie Polland, executive director of AJHS, “The materials aggregated in this project offer intriguing opportunities for comparison.  HIAS’s refugee work and Chinese detainees’ paper sculptures show how both communities navigated difficult paths to the United States, pointing to moments when the Golden Door has both opened and closed to those desperate for America’s freedom.”

Funded through 2021, the project was one of 17 out of 101 applications chosen by CLIR to bolster cross-disciplinary research and learning.

The Council on Library and Information Resources is an independent, nonprofit organization that forges strategies to enhance research, teaching, and learning environments in collaboration with libraries, cultural institutions, and communities of higher learning. CLIR’s Digitizing Hidden Collections grant program, which is supporting this project, is made possible by funding from The Andrew W. Mellon Foundation.

Chaim Potok, Out of the Depths